DJI Mavic Mini is the most lightest & portable drone till now. Weighing in at just 249 grams and boasting a 30-minute maximum flight time, Mavic Mini is the perfect drone for anyone looking to take their creativity to the skies. Now, by doing this update this small bird can do everything.

In 31st Dec update, DJI added a new feature to unlock GEO Zones. There are many more features added like- adjusted flight altitude, feature that disables takeoff when the GPS signal is weak etc. Here we show you all new features of this update.

What’s new in this update? 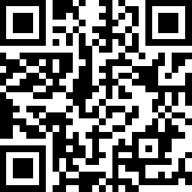 How To Calibrate Remote Controller Of DJI Mavic Mini? [Updated]

How To Calibrate Compass In DJI Mavic Mini Drone? [Updated]